A Vermont Tradition Since 1980.

Many moons ago, a young upstart by the name of George, grew up along the banks of the Winooski River with hoop dreams and a hunger that burned deep.  He was 7' 14", 400 pounds and moved like a cat.  He had six toes on his right foot and two heels on his left.  He said it gave him that extra pivoting edge he needed.  Needless to say, George's future looked pretty bright.  NBA scouts wanted him to skip college altogether and offered considerable sums of money.  But basketball wasn't George's only love.  There was hollandaise.

The perfect hollandaise, George thought, transcended its gastronomical purpose and became a metaphor for a culinary utopian society.   It's homogenous suspension of unlike particles that with a degree of energy, exists in a perfect balance of richness and levity.  Much like people, George thought.  He would put his energy and talent towards harmonizing the many differences in people and on that day, George hung his mighty large basketball shoes up for good.  His vision could not be denied.  His culinary creations were the stuff of legends and his gathering place, which came to be known as Sneakers.  Winooski was the hallowed ground where folks were drawn, not exactly knowing why but unable to refuse the calling.  Many unexplained phenomena coincided with the birth of Sneakers.  A crop design was discovered in Kansas depicting two eggs over easy with bacon, homefries and whole wheat toast.  An ancient cave painting was unearthed in New Mexico of a six-toed man with three heels flipping pancakes.  The prophecy had been fulfilled. 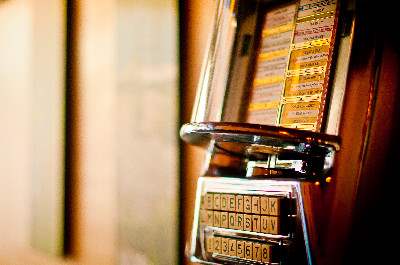 There was live music at Sneakers in those days.  Ask some locals and they will tell you with a tear in their eye that George was one heck of a banjo picker.  The extra toe was a really big help sometimes.  Sadly, all the toes in the world wouldn't help the community from what would later be called "The Big Bummer."  Basketball and Breakfast were not George's only loves.  There was a hollow and dark void in George that could only be filled with pop-rocks and Coca-cola.  It got a hold of George and cut him down in his prime along with many other good men.  His legacy lives on.

Soon after George's demise, Sneakers became a 1980's wonder under the stewardship of Jack Hurley, Ken Russack, Clem Nilan and their families.  Jazz and Bluegrass made Sneakers a happening nightspot for over 14 years.  During this time, John Gouvin took on the Sneakers legacy and manned the helm for 18 years.  John has been a good friend to the community and under his steady leadership Sneakers has become a mainstay in the Winooski downtown.  On any given day, all types of people can be found mingling in front of Sneakers, waiting for their turn to find out what all the fuss is about.  Inside, there is an air of something unique.  It's loose, friendly, informal.  You're home!  Except you have to keep your pants on.  There are familiar faces everywhere and great ideas being made and discussed.  John made Sneakers what it is today.  Job well done.  Alas, after 18 years, John's wife missed him and decided to pass the torch on to longtime Sneakers chef Marc Dysinger. 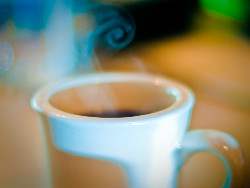 Marc and his wife Jean Dysinger are supremely glad to carry on the Sneakers tradition and continue serving the community the same great experience.  Marc is a kitchen whiz who has been known to bake 20 minute brownies in 15 flat and once defended a small African village from flesh eating ants with nothing more than a spatula and tongs.  In his former years he flew on thirteen shuttle missions and his research on cappuccino foam finally solved those fickle "O" ring problems.  Jean, of course, wrote the now famous twelve-step self help book called Coping with Marriage to a Peculiar Chef now in its sixth edition.

So, come rediscover the legend.  There is sure to be something on the menu that will make you smile.  Also, consider Sneaker's for you next get together.  Sneaker's dresses up very well at night and is an intimate setting for parties of 65 people or less.  Your friends will wonder how you ever got so much class.  Need a breakfast cater in your office?  Sneaker's will take it on the road for you.  Stuck in the Main Street traffic?  Don't drive angry.  Why not stop in for some take-out coffee and a quick breakfast sandwich?  Just the thing to elevate you above all those other rotten heathenous yahoos on your road.  Need a gift for mother?  Nothing says I love you like a Sneakers gift certificate.  Grab one on your way out.  She'll finally know how much you care.

Look forward to seeing you soon!

All of your favorite breakfast and lunch dishes, plus a few surprises 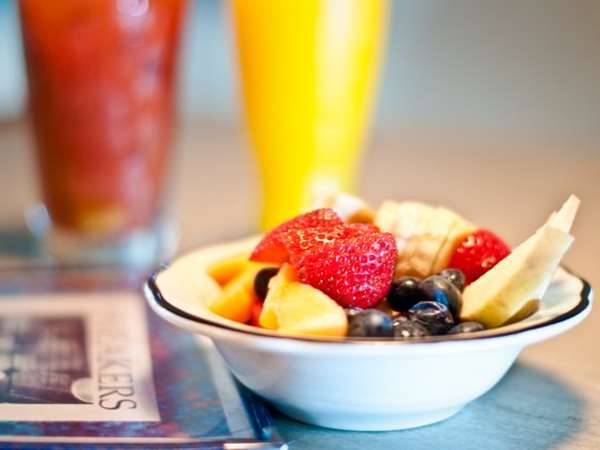 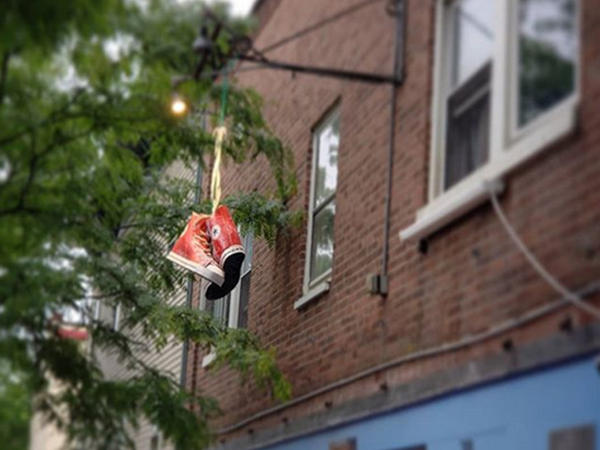 Make someone's day with a meal at Sneaker's Bistro